A Series of Unfortunate Events

The orphaned Baudelaire children face trials, tribulations and the evil Count Olaf, all in their quest to uncover the secret of their parents’ death.

A Series of Unfortunate Events 1×1

A Series of Unfortunate Events 1×2

A Series of Unfortunate Events 1×3

A Series of Unfortunate Events 1×4

A Series of Unfortunate Events 1×5

A Series of Unfortunate Events 1×6

A Series of Unfortunate Events 1×7

A Series of Unfortunate Events 1×8

Inspired by the award-winning documentary, this medical drama is set in the busiest and most notorious ER in the nation where the extraordinary staff confront a challenged system in order to protect their ideals and the patients who need them the most.

The story of two vampire brothers obsessed with the same girl, who bears a striking resemblance to the beautiful but ruthless vampire they knew and loved in 1864.

See the rise of the Guadalajara Cartel as an American DEA agent learns the danger of targeting narcos in 1980s Mexico.

With the Ancients’ city of Atlantis discovered in the Pegasus Galaxy by Stargate Command, Dr. Elizabeth Weir and Major Sheppard lead a scientific expedition to the ancient abandoned city. Once there, the team not only find themselves unable to contact Earth, but their explorations unexpectedly reawaken the Ancients’ deadly enemies, The Wraith, who hunger for this new prey. Now with the help of newfound local allies like Teyla Emmagan, the Atlantis Team sets about to uncover their new home’s secrets even as their war of survival against the Wraith begins.

Robin, Starfire, Raven, Beast Boy and Cyborg return in all-new, comedic adventures. They may be super heroes who save the world every day … but somebody still has to do the laundry!

A slightly unhinged former Navy SEAL lands a job as a police officer in Los Angeles where he’s partnered with a veteran detective trying to keep maintain a low stress level in his life.

A diverse group of recruits has arrived at the FBI Quantico Base for training. They are the best, the brightest and the most vetted, so it seems impossible that one of them is suspected of masterminding the biggest attack on New York City since 9/11. 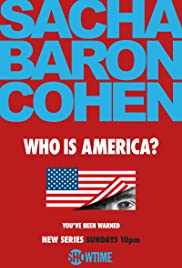 A satirical half-hour series from comedian Sacha Baron Cohen exploring the diverse individuals, from the infamous to the unknown across the political and cultural spectrum, who populate our unique nation. 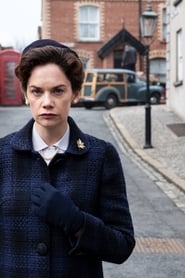 Alison Wilson thinks she is happily married until her husband Alec dies and a woman turns up on her doorstep claiming that she is the real Mrs. Wilson. Alison is determined to prove the validity of her own marriage – and her husband’s love for her – but is instead led into a world of disturbing secrets.

Based on the remarkable story of Ruth Wilson’s grandparents.

Orange Is the New Black

Orange Is the New Black

A crime she committed in her youthful past sends Piper Chapman to a women’s prison, where she trades her comfortable New York life for one of unexpected camaraderie and conflict in an eccentric group of fellow inmates.

Former first lady and current Secretary of State Elaine Barrish Hammond try to keep her family together while simultaneously dealing with crises of the State Department and fending off the hungry DC journalist who is bent on destroying her career.