A Night at the Opera

A Night at the Opera

The Marx Brothers take on high society and the opera world to bring two lovers together. A sly business manager and two wacky friends of two opera singers help them achieve success while humiliating their stuffy and snobbish enemies.

I Dream Too Much

I Dream Too Much

If Columbia could make an acceptable movie star out of opera-diva Grace Moore, then RKO Radio could do the same with Lily Pons. At least that was producer Pandro S. Berman’s reasoning when he cast Pons in the 1935 musical romance I Dream too Much. The actress plays Annette, a rural French musical student who marries struggling American composer Jonathan (Henry Fonda). Possessed of a splendid singing voice, our heroine rises to fame on the opera stage, while poor Jonathan continues struggling, supporting himself as a tour guide. Annette eventually saves her marriage by transforming her husband’s “masterpiece,” a rather turgid modernistic opera, into a light-hearted musical comedy. Lucille Ball, who’d later co-star with Henry Fonda in The Big Street and Yours, Mine and Ours, has a funny minor role as a gum-snapping tourist. Though Lily Pons was at least 10 years older than Fonda, they make an attractive and believable screen couple, adding credibility to this somewhat contrived yarn

Mark of the Vampire

Mark of the Vampire

Sir Karell Borotyn appears to have been killed by Count Mora, a vampire who prowled around his castle. One year later, Irena, Karell’s daughter, is haunted by the vampire and will be his next victim… unless Professor Zelen can avoid it. 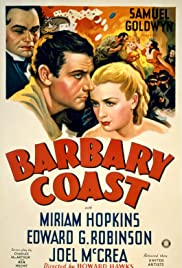 Mary Rutledge arrives from the east, finds her fiance dead, and goes to work at the roulette wheel of Louis Charnalis’ Bella Donna, a rowdy gambling house in San Francisco in the 1850s. She falls in love with miner Carmichael and takes his gold dust at the wheel. She goes after him, Louis goes after her with intent to harm Carmichael. 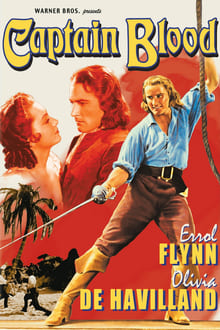 In the lower-middle-class Adams family, father and son are happy to work in a drugstore, but mother and daughter Alice try every possible social-climbing stratagem despite snubs and embarrassment. When Alice finally meets her dream man Arthur, mother nags father into a risky business venture and plans to impress Alice’s beau with an “upscale” family dinner. Will the excruciating results drive Arthur away?

Showman Jerry Travers is working for producer Horace Hardwick in London. Jerry demonstrates his new dance steps late one night in Horace’s hotel, much to the annoyance of sleeping Dale Tremont below. She goes upstairs to complain and the two are immediately attracted to each other. Complications arise when Dale mistakes Jerry for Horace.

A schoolteacher and amateur sleuth suspects foul play when a fellow passenger on a sea-plane gets sick and dies. The third and last film with Edna May Oliver and James Gleason as the astute schoolteacher Hildegarde Withers and the New York Police Inspector Oscar Piper busy solving crimes. Based on a series of crime novels by Stuart Palmer. 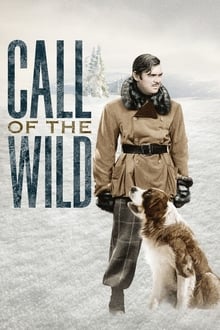 Jack Thornton has trouble winning enough at cards for the stake he needs to get to the Alaska gold fields. His luck changes when he pays $250 for Buck, a sled dog that is part wolf to keep him from being shot by an arrogant Englishman also headed for the Yukon. En route to the Yukon with Shorty Houlihan — who spent time in jail for opening someone else’s letter with a map of where gold is to be found — Jack rescues a woman whose husband was the addressee of that letter. Buck helps Jack win a $1,000 bet to get the supplies he needs. And when Jack and Claire Blake pet Buck one night, fingers touch. 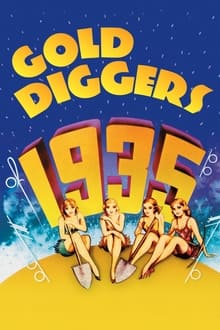 Romance strikes when a vacationing millionairess and her daughter spend their vacation at a posh New England resort.

Gypo Nolan is a former Irish Republican Army man who drowns his sorrows in the bottle. He’s desperate to escape his bleak Dublin life and start over in America with his girlfriend. So when British authorities advertise a reward for information about his best friend, current IRA member Frankie, Gypo cooperates. Now Gypo can buy two tickets on a boat bound for the States, but can he escape the overwhelming guilt he feels for betraying his buddy? 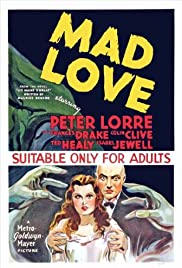 An insane surgeon’s obsession with an actress leads him to replace her wounded pianist’s hands with the hands of a knife murderer which still have the urge to throw knives.

The Bride Of Frankenstein

The Bride Of Frankenstein

Bride of Frankenstein begins where James Whale’s Frankenstein from 1931 ended. Dr. Frankenstein has not been killed as previously portrayed and now he wants to get away from the mad experiments. Yet when his wife is kidnapped by his creation, Frankenstein agrees to help him create a new monster, this time a woman.

A strange animal attack turns a botanist into a bloodthirsty monster.

In the carnival in Spain in the beginning of the Twentieth Century, the exiled republican Antonio Galvan comes from Paris masquerade to enjoy the party and visit his friend Capt. Don Pasqual ‘Pasqualito’ Costelar. However, he flirts with the mysterious Concha Perez and they schedule to meet each other later. When Antonio meets Pasqualito, his old friend discloses his frustrated relationship with the promiscuous Concha and her greedy mother and how his life was ruined by his obsession for the beautiful demimondaine. Pasqualito makes Antonio promise that he would not see Concha. However, when Antonio meets Concha, she seduces him and the long friendship between Antonio and Pasqualito is disrupted

An American businessman’s family convinces him to buy a Scottish castle and disassemble it to ship it to America brick by brick, where it will be put it back together. The castle though is not the only part of the deal, with it goes the several-hundred year old ghost who haunts it.

Canadian Richard Hannay, residing in London, meets secret agent Annabella Smith immediately following a shots fired incident. She asks to go home with him. Back at Hannay’s flat the mysterious woman confides that she fears for her life and is on a critical mission relating to protecting state air ministry secrets. Later that night assassins murder her. Believed by the police to be her killer, Hannay is forced to go on the run and flees to Scotland in a desperate attempt to see Annabella’s mission through before it’s too late. Along the way he chances upon beautiful Pamela, who unwillingly becomes his accomplice in the mission.

The exciting story of Dr. Manette, who escapes the horrors of the infamous Bastille prison in Paris. The action switches between London and Paris on the eve of the revolution where we witness ‘the best of times and the worst of times’ – love, hope, the uncaring French Aristocrats and the terror of a revolutionary citizen’s army intent on exacting revenge.