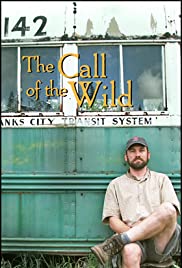 The Call of the Wild is a 2007 documentary by independent filmmaker Ron Lamothe detailing the odyssey of Christopher McCandless, who is best known as the subject of the novel (and later film) Into the Wild. McCandless, a self-described “aesthetic voyager whose home is the road”, died on Alaska’s Stampede Trail in August of 1992. His death followed a two-year cross-country odyssey that took him from Atlanta to Arizona, down into Mexico, and from California’s Salton Sea to the streets of Las Vegas and the small town of Carthage, South Dakota, and countless places in between. In the spring of that year, the 24-year-old McCandless had made his way north to Alaska, where he lived in the woods north of Mt. McKinley for 113 days before his death by starvation.