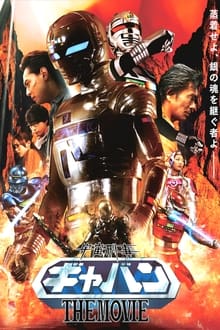 Fifteen years ago, three childhood friends, Geki, Sherry and Okuma, were star-gazing and became inspired to go into space. As adults, Geki and Okuma join a mission to Mars, but their space shuttle goes missing before they could reach their destination. A year later, a monster attacks and a mysterious silver-colored warrior appears.